Checking my own Amazon order mails, I figured that many of them are lacking the purchased products. This made me wonder, from an e-commerce perspective, I would want them included.

It gives transparency to the customers and is generally considered good practice.

Some sources claimed how this might be related to optimization and how data access is being handled. Amazon is more than capable of sending out transactional e-mails, including order data, and they did so for a very long time.

The question was also asked by others a couple of months ago:

And I would like to point out the following replies that got me thinking:

When you dig into the topic, you find a few companies involved in analyzing your mails. While I assume they are not giving away 1:1 data sets about individuals but rather generalized reports.

One source of this seems to be Rakuten Intelligence (a dedicated company of the Rakuten group). Through Slice's acquisition, an E-Mail service that eventually became Unroll.me and helps to clean up your inbox.

Google is also doing it to some extent. Otherwise, it wouldn't be possible to create you those lovely snippets in GMAIL regarding your order. That they use the data to tailor advertisements shouldn't be surprising. I didn't found evidence of them giving away those data points to others, though.

When looking at this, I have two points that strike me as important.

In a perfect world, consumers could pick up the data from company X and give it to Y to ramp up the setup. They could create quicker personalization and pre-setup for the customer.

But from this reality, we are seemingly still a good distance away. So E-Mails might provide something similar for some businesses.

Outfittery, the german curated shopping company, would benefit greatly from having the purchase history of clothing. They could be much quicker during setup with it, no longer requiring to ask for the size and clothing someone likes.

The Amazon case also shows how you have to start worrying about others, putting a target on your back. While from a business point of view, you want to communicate freely with your user, technology, and the increasingly unsecured channels might push you away from it.

For the small store, this might be less relevant. Giving away rough estimates of your purchases volume and items is often less relevant. But the larger you get, the more this becomes an issue, allowing competitors to jump in and disturb your business.

This seemingly is a data and analytics topic but also has privacy implications. As I didn't go deeply into this topic here, it leaves room for everyone to judge for themself how they think about this process in general.

So here it is, after the announcement earlier this year from Apple to shift away from Intel towards Apple Silicon. Three events in a single year, from upgrades to iPad, iWatch, new services, and now the new MacBooks and Mac Mini! While companies like Intel are struggling to keep pace,

I am a massive fan of those platforms, while I admire crowd financing in general. What those two platforms have created is so much more. It is a product management heaven. It takes out some of the broader issues during product cycles. You can test the demand for your idea, 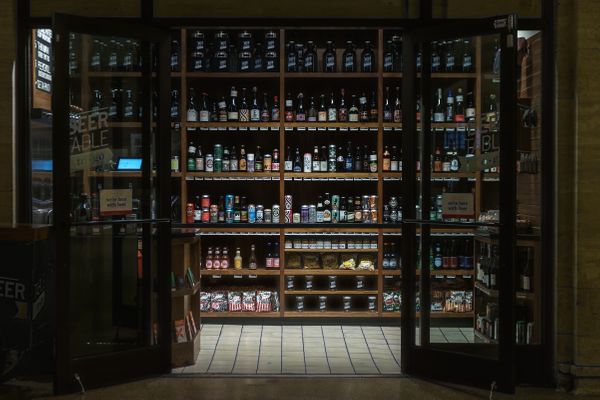 The leading delivery service in Germany for mostly beverages will change ownership and become part of the Oetker group. Oetker on the other hand, owner of the largest brewery group Radeberger had to acknowledge that their clone "Durstexpress" may not take over the leadership anytime soon. With an estimated price